Nine years after the founding of the national federation of Switzerland, Swiss Slackline was elected by the Swiss Sports Parliament as a new member of Swiss Olympic. This national recognition of the sport of slacklining as part of the sports family is unique worldwide and will significantly shape various aspects of the young sport in the future – away from the trend sport image, to an official sport.

The young sport of slacklining in Switzerland is structured in more than 20 regional clubs/associations and about 1000 slackliners, from which about 300 people highline. Several ISA Instructor courses and Rigger certifications have been organized since 2015. Access to alpine and urban spots, tree protection and various other environmental aspects, as well as the development of indoor training facilities for the cold Swiss winters have been a strong focus of the community. 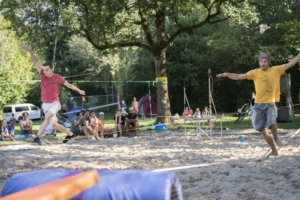 The Bern City Slack Festival exists since 2009 and is one of the oldest and largest Slackline Festivals worldwide with about 1000 participants. National and larger championships take place every year in speedlining over ground (since 2013), tricklining (2013-2019), rigging (2017-), blind-rodeolining (2018-), endurance (2019-) and freestyle highlining (2017-). Swiss Slackline was also the first to organize a Highline World Championship In July 2022, which took place in Laax, Switzerland. Athletes from 18 nations demonstrated their skills and reached many millions of households through the media news and in live broadcasting. World champions were crowned in two disciplines for women and men, in the disciplines of freestyle highlining and speed highlining. 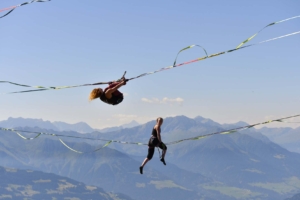 Swiss Olympic is the rooftop federation for all national sports federations in Switzerland. They govern all olympic and non-olympic sports in the country. The recognition of a sport has to be done for each nation state individually. Important criteria were the number of clubs and members, nationwide importance in all language parts of Switzerland, the organization of regular/yearly championships and the existence of a slackline ranking list, an educational program for trainers/instructors, an accident/incident reporting system, further the existence of a recognised international federation (that’s us, the ISA), an indirect membership with an IOC recognised federation (in our case the UIAA) and much more. 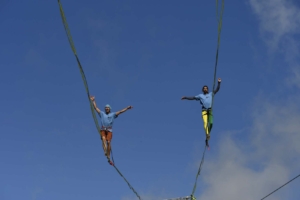 In order for the sport of slacklining with its disciplines to become olympic in the future, many more national federations must be created around the world (approx 50 in total), currently 20 of them are members of the ISA and slackline communities in other countries must also go through the complex steps of national recognition as a sport. The support of youth, the professionalization of the management of clubs and federations as well as the support of young athletes must be approached much more actively in the future as well. Whether slacklining will become an Olympic Sport one day depends on many factors, and the future will show where the young slackline community wants to go with its sport. 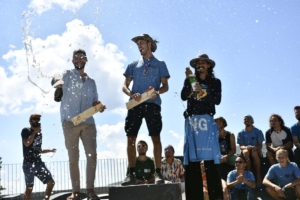 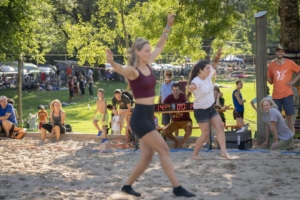