2021 – A Good Highline and Longline Year

2021 was a really good year for highlining and longlining! In the discipline of highline freestyle, we had 5 Master size contests and the first ever worldcup! The year started and ended with both editions of the Pandemic Open Online Competition.

A great way to get the worldwide community together! But that’s not all, check out the great achievements by athletes in speed highlining and the world records in distance walking on the high- and longline.

The ISA Sport Commission defined the CCHF in Cima Caldoline in Italy to be classified as the first ever Highline Freestyle World Cup, due to the extremly high level field of participants, professional judging and organisation by Slackline Brescia. Alexian Masson (France) won that event by performing an incredible backflip (check the video) and secured the overall title for 2021.

David Palomo Echavarrieta (Spain) came second only 1 point behind in the overal ranking. You can hear more about David’s vision of slackline in the podcast below (interview starts at 14:00). Ian Eisenberg (US) completes the yearly podium, a nice achievement on top of organising the pandemic open competitions and more this year!

We reached out to Alexian,

“I actually learned just before new year that I was the world highline freestyle ISA champion 2021. I didn’t know that the CCHF freestyle contest has been ranked as a world cup (and I was expecting David to win). It is a big surprise for me but still a great pleasure and an honor.

“From my point of view, CCHF was a big freestyle meeting of one week. I went there to meet good old friends but also because a lot of awesome freestyle highliners were expecting to be there. In the end, I won the competiton after super tight final runs. But the important thing was actually the fun and pleasure to compete against each other. No money or shiny prizes involved.

“For sure competion is not the main goal for a lot freestyle highliners. Neverless, it allows me to push myself above my level, and to meet amazing people sharing the same passion. Sometimes, it’s difficult to train alone and motivate yourself to push harder. I think those kind of meetings will push our displine further, and hopefully motivate even more people to bounce.”

The women had only two dedicated competitions, both pandemic open, but the field is growing fast. There were many broken barriers this year: first female Yodaroll and first female Almighty are the most iconic (check out the videos).

Carmen Schillingmann (Germany) was the first woman to land a rocket mount. In competitions, she showed consistency and came second in both pandemic opens, she took the overall title this year. Taylor St Germain (Canada) didn’t let the Canadian winter stop her from winning the second Pandemic Open and took second place. Salomé Cholet (France) with her first place in the pandemic open came in third in the 2021 ranking.

Here’s  what Carmen has to say about this year:

“One of the things I liked was that, because the competition was online, it was able to reach and motivate people all around the world, who otherwise would not have had the opportunity to take part.
“When I first heard from the Pandemic Open, I thought that it sounded quite nice but that it is not for me. Back then, I hadn’t even been freestyling; so far I had only tried standing up and sitting back down (to Korean) with a little bit bounce and I considered it to be too scary and I preferred just walking.
“Then, a friend of mine convinced me to participate in the competition. He said that only very few women had submitted a video so far and I definitely had a chance to get among the first places. At first I didn’t believe him, but then I saw some of the videos and gave it a try. After a couple sessions, I noticed that freestyle highlining is really awesome and I love it. 😀
“I didn’t actually expected to make 2nd Place because the others were pretty good, too.
The Pandemic Open 2 was also a lot of fun. I think I only managed to make the 2nd Place in this one because most of the really good female slackliner (eg Salomé Cholet, Deb Casimiro, Delaney Lyman) didn’t participate (note: they were judges). If they had, I probably wouldn’t have won the overall ranking for 2021 either.
“So far, I don’t have any exact plans for the future. I’m currently still studying, but I hope to be able to freestyle at least as much as last year.
“I’m very grateful. For the ones who motivated me to try freestyling/new tricks and when it didn’t work to try again and again; for the ones who helped me find highline (actually midline) spots, which is staggeringly difficult in this flat area; for the ones who filmed me in the cold; and for Bouncekult, that I had the opportunity to join and to train with this amazing team.”

Highlining is also walking, and the speedline finals are always full of suspense, pushing the athletes to go as fast as they dare without falling. Joshua Leupolz (Germany) won both competitions he took part in, at the THT and at CCHF. He was also until recently world record holder for longlines at 615m. A good walker overall who’s also pushing in freestyle! 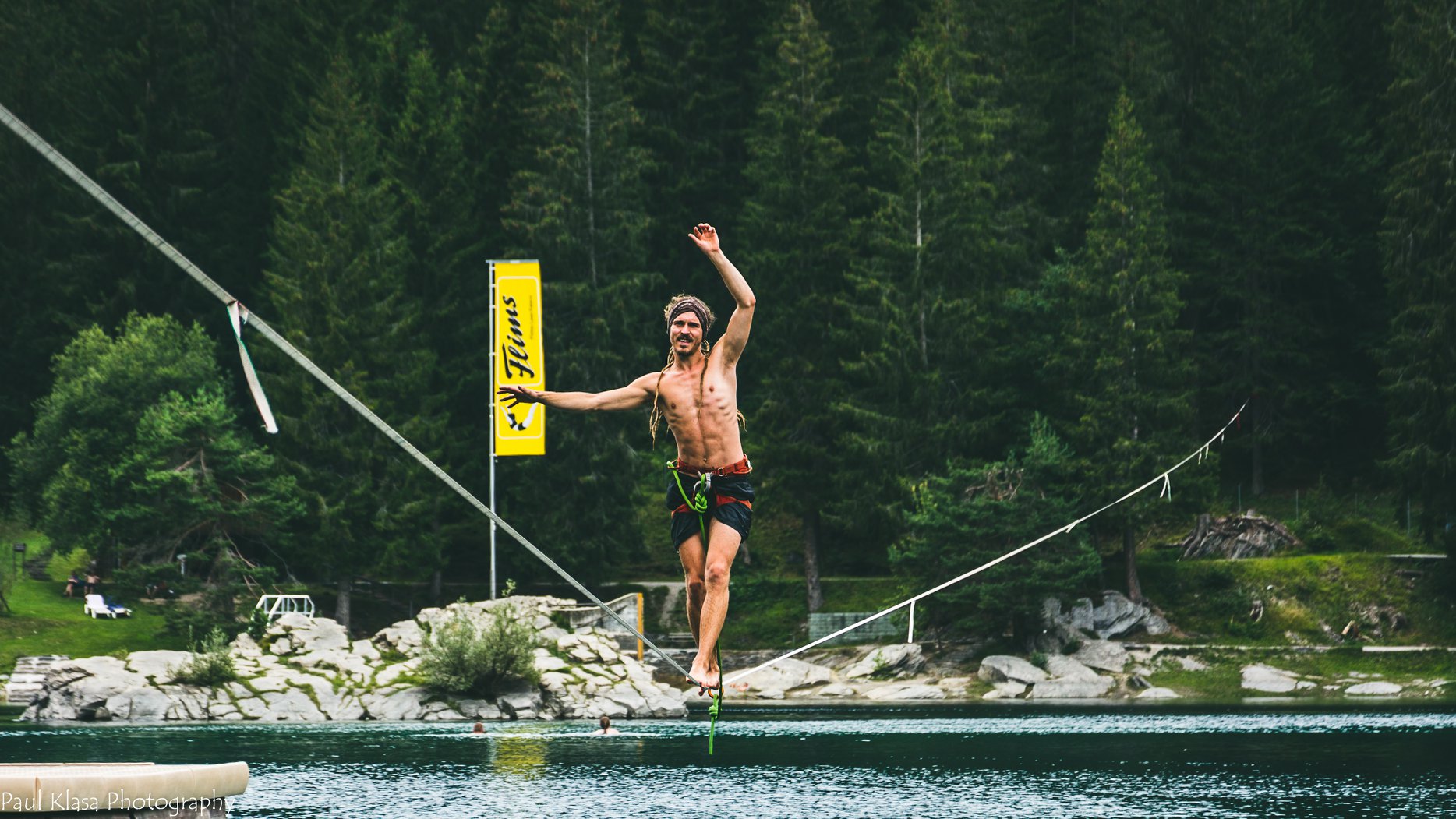 These days, world records in highline are not only human achievements, they also require incredible technical organisation and ability. In July, the world record which had been standing for almost two years was broken by Northern Lines, with sends from Quirin Herterich, Lukas Irmler, Ruben Langer and Friedi Kühne.

Longline world records are not over yet either: Raphael Bacot and Lucas Giovanni Moreira both sent a 713 m lines. All you need is a perfect dip, and a bit of gear! As a bonus, enjoy this video where Lucas shares his vision of slacklining.